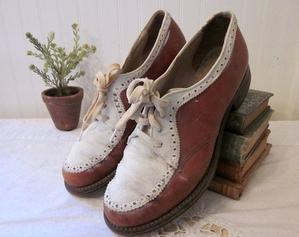 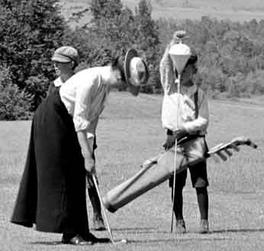 The Junior Girls' Golf  Scholarship Fund (JGGSF)  was initially established in 1994 as the JGSF and was a part of the Florida Women's State Golf Association (FWSGA.) In 2011, the FWSGA and Florida State Golf Association merged. The JGSF remained as a separate entity and continues today as the JGGSF (Junior Girls' Golf Scholarship Foundation) to award scholarships to deserving young ladies.  Each year, the JGGSF awards approximately $40,000 in various scholarships.

From the efforts of past volunteer FWSGA officers and members, the JGSF was funded by private donations, monies netted from various tournaments held by the FWSGA and by an effort called the Penny-a-Stroke.  The Penny-a-Stroke program provided a means of fund raising, open to any women's golf organization, with the fundamental idea being to charge each member a penny a stroke on women's league day, thus generating a donation for JGSF from that course's Women's Golf Association. At the end of the season, each women's golf group participating in Penny-a-Stroke made a donation in the total amount collected to JGSF.

The Penny-A-Stroke effort was established and initially led by Sarah Huneycutt, an avid golfer and enthusiast for junior golf.  When Sarah passed away the Sarah E. Huneycutt scholarship was established in her honor and is awarded in the amount of $5000/year across four years to selected recipients who fulfill the scholarship academic requirements.

In 2013, golf lost a great friend in Marcia Miletti. In her honor, the JGGSF established the Marcia Miletti Scholarship, a $2000 scholarship that is awarded annually to a selected recipient.

In 2014, the Peggy Brass Scholarship was established. Peggy was a long time competitor in women's amateur golf and enjoyed giving back to the game. In her honor, the JGGSF awards $1500 annually to a selected recipient.

In 2015, the Peg & Bill Roberts Scholarship was established.This $10,000 scholarship honors the values of honesty, hard work, respect and courtesy -- values learned through golf sportsmaship on and off the course. These values, embraced by Peg & BIll, and the belief that education can provide the opportunity to prepare young adults for a successful life and community contribution makes this scholarship a perfect legacy of their lifework.

In 2018, the Larry Flynn Memorial Scholarship was established by his family to honor Larry's long service and support of junior golf, and in particular, girls golf.

In 2019, the Kristin Myrick Ilich Memorial Scholarship was established by Marsha McLaulin to honor her daughter, Kristin, who passed away from cancer at the young age of 38. Kristin was a native Lakeland resident and, as such, this scholarship will be awarded to a young woman of Polk County, in honor of Kristin's dedication to her community.

The JGGSF is thankful for all support and continues to accept all donations to increase our scholarship opportunities. Please consider making a donation. To donate, please contact the Vice President / Treasurer.